silk-screened wooden slipcase with inserts and a 6 postcards set

six performances engraved like epitaphs in the stone that covers the Living World.

meagre audience: the Bitches Brew in Yokohama, the Groove in Okinawa and the Gari Gari in Tokyo.

In the corridors of cult label P.S.F. Records, Urabe came across the likes of Kan Mikami, Chie Mukai, Rinji

Fukuoka, Hiroshi Hasegawa, with whom he played, and sometimes recorded albums of unfathomable

beauty. But he is most disturbing, luminous and dark, violent and poignant, during his solo sets. Hideo

Ikeezumi (the cultural ambassador behind P.S.F.) supported him more than others and tried to offer him all

the space he could hope for.

His only kindred spirits are Kaoru Abe and Albert Ayler, with whom he shares a sense of tragedy, the same

jealous string to swing into the sound, to turn the heavens over to our feet. Urabe mates with his alto sax,

assaults it, snuff jazz calling fallen angels to come and haunt us.

Death, like Eros, haunts Masayoshi Urabe’s body of work, and unravels through copper sounds. He follows

the sound, inhales it, spits it like an air bag turned inside out until exhaustion, violent, playing and dancing,

willing the front rows to give in to his murky eroticism.

Urabe is a magnificent musician, even though he ends up trashing everything, leaving only a mutilated

Dustbreeders with The Only House In Town (213 RECORDS 213v52 / FOUGÈRE #38 / ÉLEVAGE DE POUSSIÈRE EPP10 LP) – one of two records by this French noise band with Japanese vocalist to be noted within this section. Yves Botz, Thierry Delles and Michel Henritzi bring together their massed guitars for two sides of extremely dense and monotonous noise, amps turned up way beyond 11, with mad feedback squeals sometimes bursting in on the single-chord pile-up. On the A-side (which spins at 45 RPM, so watch out), vocalist Junko adds her typical vocal howlerage, though she seems buried under layers of guitar noise, the distance thus taking the edge off her usual shrillness. I enjoyed the instrumental B-side (which spins at 33 RPM) slightly more, where the guitars scrape and burn with some aural variations in the texture. This music is like a jet engine or rocket ship in constant take-off mode, yet never arriving anywhere. Why must the title be so “drastic” – the only house in town? It seems a feature of some noise artistes that they must insist on this all-or-nothing stance at all times, even when ordering candyfloss at a funfair or brewing the morning coffee. As to that cover art, I suppose it’s meant to suggest the inside of someone’s skull and the view from inside empty eye sockets. From 25 November 2019.

Dustbreeders again with their album The Missing Bar (213 RECORDS 213v40 ) and its notorious “sofa” cover photo which has been scandalising most of Europe since its release. Yves Botz, Thierry Delles and Michel Henritzi belt it out again with their outsize guitars (one of them is twelve feet square), this time making a return to use of the beloved “mange-disques” device on one track, an oddity which I recall when I first heard these monsters on their 2003 release, Mommy Close The Door. Junko also shrieks in places; I always find it an alarming sound emanating from her closed-up throat, and perhaps it’s meant to be, but I realise the Dusters explicitly regard this singer as their “Japanese sister” and clearly feel they share common ground. In some ways, what these Frenchmen achieve is a slightly more intellectual version of Hijokaidan. Despite all the flailing around and the attempts to raise hell at Cave 38 in Metz, I still sense half their force is wasted when it could be better directed, for instance powering a hydro-electric dam. I liked the B side better, where the guitars are so closely aligned they produce a solid block of avant-garde heavy metal blasting, without disappearing down the miserable dead-end of a Sunn O))) drone of futility. Completists will want to note this LP contains a non-vocal version of their hit single, ‘The Only House In Town’, also on the LP noted above. From 3rd August 2018. 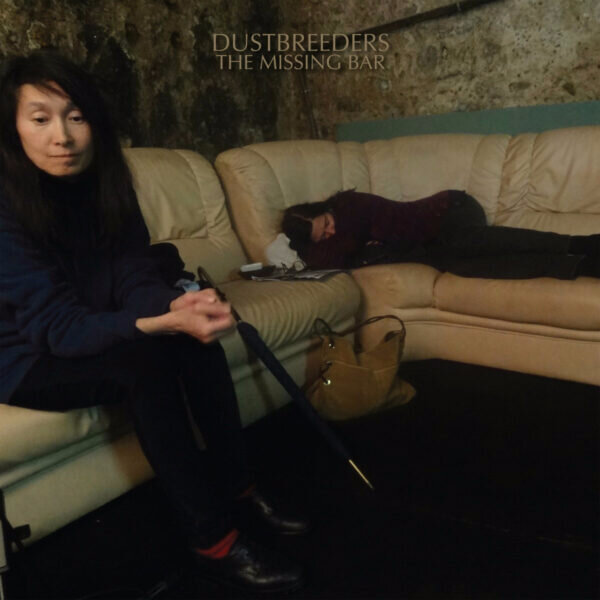 Got a couple of recent Michel Henritzi items from November 2019. The cassette tape Music For Nothing(TANZPROCESS tzpCS64) is a solo recording made in 2019 in Japan by Michel with his typical lapsteel guitar. I like the single-minded drive of this one, the main “thrust” of Side A comprising a rattling strum effect played in a minor key which conveys the notion of being carried on a death-cart of some sort, a rackety old carriage pulled by a bony horse and driven by a skeleton. Somehow, he proceeds to add noise and feedback squawl to the performance, turning it into an alarming and crucial performance to rank with anything Haino has blasted out. 13:29 thrilling mins of abrasive rockabilly avant-scuzz. On the B side, the strumming technique is replaced by a wild slide-action gesture that makes the strings scream out in a truly wobbly fashion, and it’s not long before Mister H warms up to the task and starts leading the python down a particularly noisy pathway. Minor key dominates again; his strings must be permanently tuned to A Minor.
Ed Pinsent in Sound Projector Magazine Recent record from the French lapsteel guitar improviser Michel Henritzi is called We Were There(KLAGETO 1), released on the German label E-Klageto (a sub-label of Psych.KG). Henritzi has long been associated with Japanese underground music – improv, onkyo and noise – and besides running his own label that documented a lot of that material, he seems to be friends with many of the major players and has recorded and performed with them, most regularly with Fukuoka Rinji. Today’s record sees him teaming up with the great Ikuro Takahashi. Takahashi is probably best known for drumming with some of the major Japan underground rock groups, including LSD March, Kousokuya, High Rise, Overhang Party, Psychedelic Speed Freaks, and even Fushitsusha; but he’s also appeared with major improvising combos such as Ché-SHIZU. Even this doesn’t begin to cover the extent of his achievements, and I myself was won over in 2004-2005 by two records that weren’t rock music at all, but rather instances of his compelling and mesmerising minimal electronic chirping released by Siwa.

This CD is 48 minutes of non-stop percussion and drone groove recorded in 2018; if I had to try and characterise it, one could describe Takahashi’s restless percussive work, generating a constantly-pulsing cloud of strange energy; he seems to be pushing the music one way (or rather rolling it through the cosmos like a gigantic ball of anti-matter), while Henritzi is dragging it backwards in the other direction, by his slow-moving and ponderous (amplified?) guitar drone. This is about the closest I’ve heard Henritzi come to emulating the sound of Haino, but his characteristic minor-key pessimism is still very much in evidence, especially on the earlier half of the record. While this isn’t a completely remorseless performance – there are plenty of breaks in the programme, chances to rest and catch your breath, and some very ably-controlled dynamics – it is still very maximal, every blank space filled with sound and action, delivering a marathon listening session that requires a lot of stamina on the part of the listener, simply to even keep up with what these powerful musicians are doing.

Released in a seven-inch wallet with outsize artworks. From 31 December 2019. 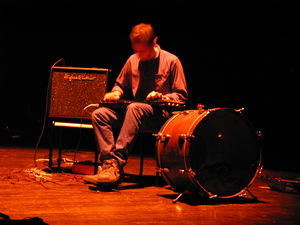 From abstract blues to noise. Michel Henritzi & Ikuro Takahashi "We Were There" on Klageto (Ger) 2020

Howlin'Ghost Proletarians "The Last Farewell" miniCDR - Nothing Out There (fra) 2009

"City of Mirrors" a film by Truong Minh Quy, music by Michel H.

"Heritage" a film by Benoit Perraud, music by Michel H.

KAGE NO HIBIKI OUT on Soleils Bleus 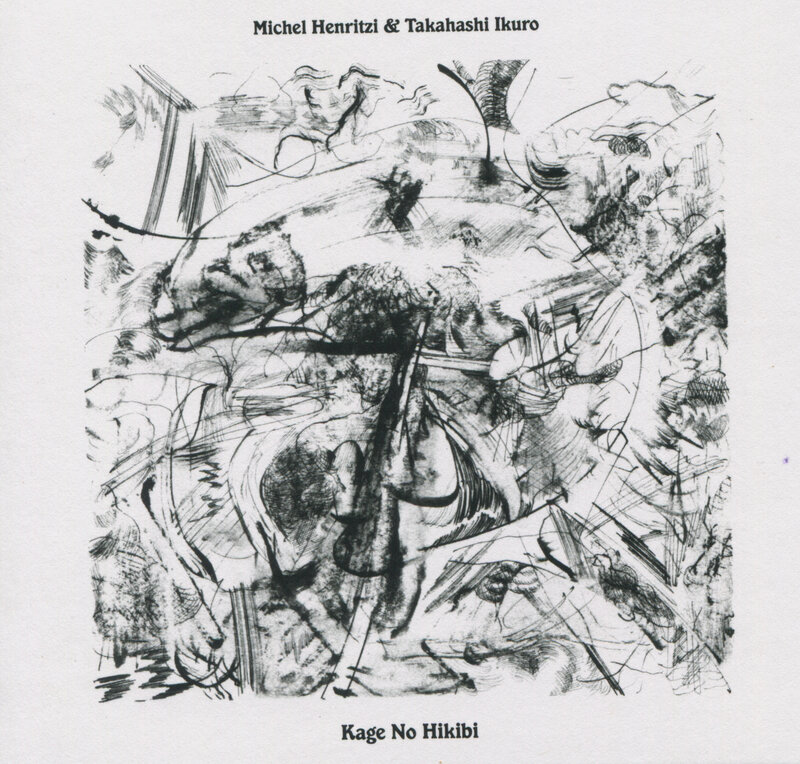